We are "Passionate about People"

CfC with "Passionate about People"

Directly or through the organisations and projects it supports

From workers in Romania, School children in Zimbabwe, Migrants in Calais, Offenders in Prison or the caller today making a general enquiry.

Our slogan aptly describes the organisations ethos " Passionate about People". Our aim to offer security, acceptance and dignity to all we encounter.

Whilst capacity limits what ideally can be offered, whatever the circumstances we try to give every one a chance.

Bob is one such fellow. He was referred by a local agency and now attends of his own choosing. His schooling was undertaken at a school for children with special needs, he was bullied to the extent of having bricks thrown at him by his peers. As with all new volunteers, we ask that they write a short life history to help us get to know them better.

Bob has mental health issues, which have not made it easy to get a job. Still living at home with his older brother and parents now well into their 70's.

Bob writes about his volunteering at CfC. Saying " I like the fact I can get up in the morning and go to work like everyone else in this world. I am allowed to function as an individual and have found a new confidence and the ability to work with others. I used to be shy and was bullied, I wouldn't say boo to anyone"

Nowadays its the opposite and a real job to stop him jabbering. Sadly for people like Bob, the outside world is not so caring and a lot more demanding.

It was just like any other day for nine year old Ali, with not a care in the world the chores all done and time to explore and play in the fields around the village.

Casting an eye around all appeared all so familiar, mum and sisters attending to various tasks around the families mud hut. Dad out in the fields and the various villagers following their varied routines.

The peace remained short lived as the air soon became filled with the sounds of shouting and screaming. Confused and disorientated Ali looked up to see the strangers streaming across the fields towards his home then hacking down his dad and anyone standing in their way.

It seemed an age as he watched frozen with disbelief in the long grass witnessing the rape of his sisters and mother then finally the burning and massacre of not just his entire family but all those remaining in the village on that day.

Ali was abducted and destined to become a child solider by the same people who brutally murdered his parents, sisters and villagers. He was starved, beaten and brutalised but managed to escape. Some might say Ali was lucky, whereas others have been less fortunate in a region where ongoing civil conflict spans decades.

This is a true story. "African Schools on Line" when aiding the development of a schools program in Ali's region were acquainted with his story, which as a consequence has enabled additional training for children's workers plus access to new Trauma counselling services for the many Ali's in regions where such services have never been available. Providing hope and a future.......

Blind from birth Mimoza remains an inspirational and amazing lady. Undertaking the 3500 mile round journey from Albania to Sussex, Mimoza appeared at our door seeking assistance to develop her vision.

The "School of Light" a school for blind children and adults was her dream, in a country where disability equated to shame and disadvantage. It took a while but thanks to sponsorship from British Airways and Freedom Scientific donating their Jaws software the "School of Light" became a reality.

Such encounters are not reserved for far away places, here in our Sussex workshop we encourage an Open door policy to encourage volunteering / Work experience opportunities.

This approach not only attracts the skilled volunteers, but also in accepting of others covers the wide range of social circumstances and needs. Including: Long term unemployed, Offenders or long term health issues representative of the broad cross section of folk helping the ongoing work and support. Whilst seeking to make a difference for self and others through their labours. 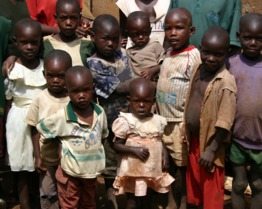