Your support, even just sharing what we do to friends, family, colleagues would be most welcome in making this a memorable year for those we seek to support and assist .

"It is a rare thing. But in 2018 it was a pleasure and a privilege to receive confirmation as to the value of the Christmas Shoebox. When meeting a dear lady who 25 years previously had received one these boxes, which she says indeed brought hope, encouragement and also that fact that someone. Although unknown cared! "

The "Christmas Shoebox" concept born during the Bosnian war , was in fact born in Eastbourne (UK). Being the the vision of Mick Trott and the formation of Christian Compassion for Croatia. Mick a BT engineer struck with the desire to help started the ball rolling and the rest is history...

CfC annually clocks up thousands of miles, collecting boxes and other items and the rest with distribution locally and further afield to Eastern Europe. Climates in such countries can be extreme with winter temperatures down to -20C and Summer 40+C. .

Preparations are already underway for departure 2021. And seeks to aid ever increasing numbers of disadvantaged children & adults locally, Nationally and wider afield. This years beneficiaries include UK Food Bank, UK Homeless and our ongoing support for projects in Eastern Europe and further afield, committed to aiding disadvantaged and Vulnerable Children and Elderly people.

Making a Christmas Shoebox or Gift bag really does make a dramatic difference to the people who receive them.

Altternatively: Share a thought for the Homeless on our streets 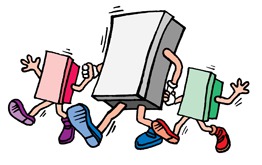